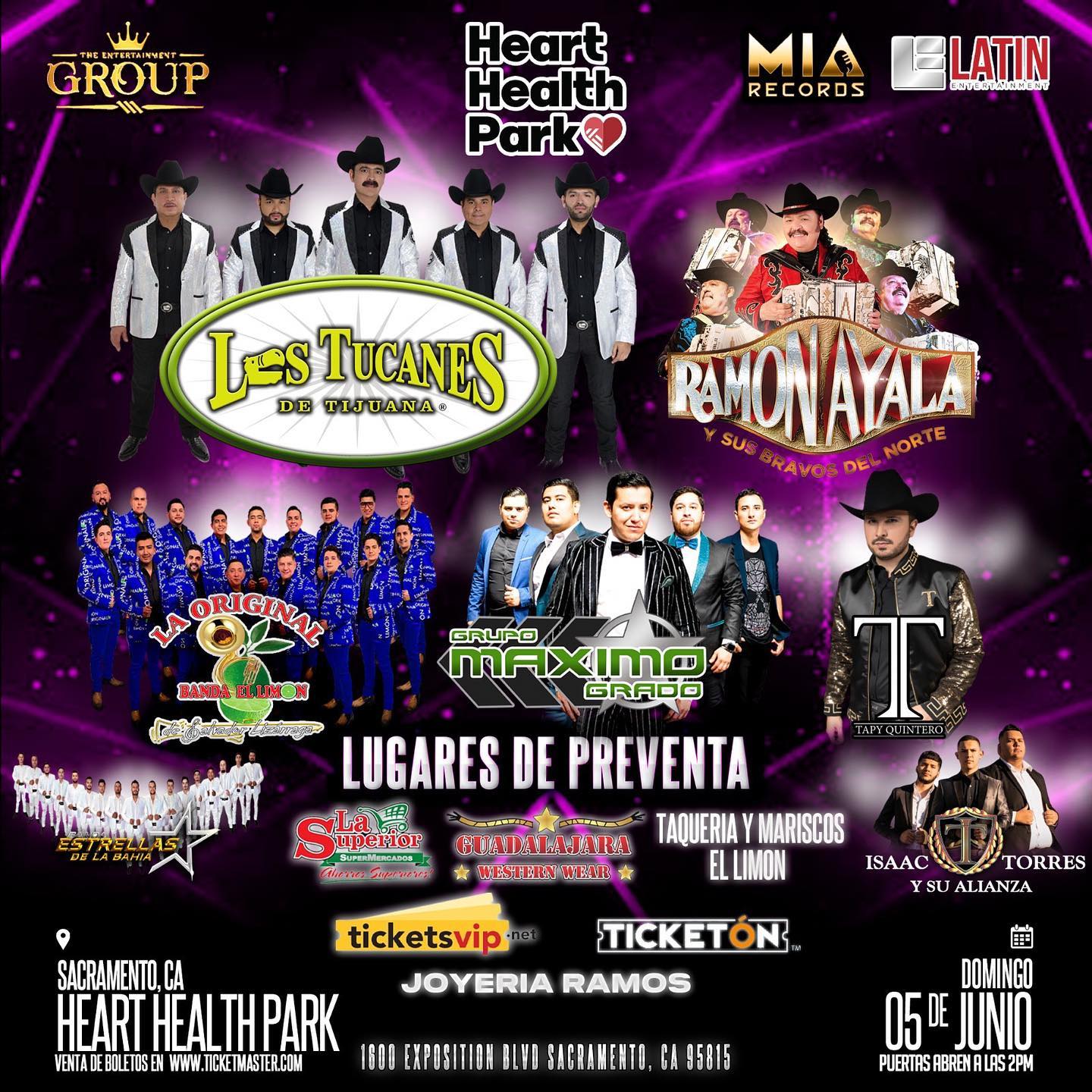 Sacramento, CA – Los Tucanes De Tijuana (English ; The Toucans Of Tijuana) are a Mexican band led by Mario Quintero Lara, specializing in the Norteno and Corrido Style and they return to Sacramento after a long absence. They are set to perform at Heart Health Park On Sunday, June 5th. They have sold more than 20 million albums worldwide and have obtained 34 Gold and 30 Platinum Records. Songs from their repertoire like “La Chona“, “El Tucanazo”, ” La Chica Sexy“, “Vivir De Noche” And “El Centenario” are popular on radio stations and music platforms, and some of their record productions have made it onto some charts in the United States. In 2019 they became the first regional Mexican music group to perform at the Coachella Valley Music And Arts Festival, held in Indio, California